Twas the week before Christmas and all through the stores
People were shopping, making purchases galore.
Shops filled with candy, presents and packages,
And cheerful buyers with list item matches.

The sales people were harried as they scrambled about,
Getting this box from the store room and carrying layaways out.
The checkout lines were growing and cashiers were distressed,
“Will we ever get back home?” they asked each other in jest.

When out in the parking lot there arose such a clatter,
Shoppers and cashiers looked to see what was the matter.
Away to the entrance they flew like Adobe Flash
Threw open the doors and saw a large cache.

Before them there stood a Christmas shopper so rare,
She had a big box full of coupons…Perhaps some to share?
She ambled along, saving money with delight
As she looked through her box, then used the coupons just right.

Her coupons were sorted, to make shopping quite quick
And she smiled while she strolled the aisles playing St. Nick.
Picking up jewelry, choosing great books,
Savings added up so quickly, one had only to look

As she used coupons for Legos and Barbies and coats
She saved large sums of money, and that is no joke!
There was 20% off when you spent over 50, and
That extra $10, made the purchase rather thrifty.

There were savings at Sears and discounts at Pennys,
The Children’s Place, K-Mart and JC Whitney.
The shoppers around her could not hide the surprise
As she loaded up on gift sets, never batting an eye.

The BOGOS were great as she bought Christmas candy
And the coupons on batteries were coming in handy.
She saved money on computers, electronics and shoes
Soon she finished and bid Christmas shopping “Adieu!”

Each time she checked out, she was asked to explain,
How she knew what to do and how could they do the same.
She’d pause with a smile, then you would hear her exclaim,
“I learned to save money using Coupon Claim.” 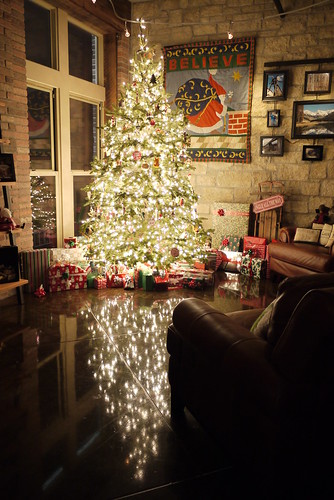